The doctrine of sovereign immunity normally bars complaints against sheriffs deputies sued in their official capacity. A county 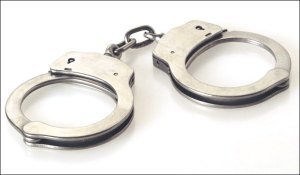 The parent company of Presbyterian’s health care network has sued insurer Aetna – alleging unfair competition, defamation and the misuse of trade secrets – escalating tensions between the two as they seek to negotiate a new contract.

The suit, filed in Mecklenburg Superior Court, comes a few weeks after Aetna announced it would end its contract with Novant Health on July 1 if the groups don’t reach an agreement on how much the insurer should reimburse Novant to provide medical services.

That could leave about 125,000 Charlotte-area Aetna customers out of network – and paying more out of pocket – to use Presbyterian Healthcare services. Novant, based in Winston-Salem, operates medical facilities and hospitals, serving more than 5 million people across the Carolinas and Virginia.

DISH Network, EchoStar and NagraStar filed suit against Michael Cho, Jason Cho, and Mamertine, Inc. on Thursday evening, June 17, 2010 asserting violations of the Communications Act and Digital Millennium Copyright Act in relation to the import and trafficking in nFusion-brand pirate devices, pirate software, and operation of IKS piracy servers in the United States District Court for the District of Nevada.

Also sued in a separate action in the United States District Court for the Middle District of North Carolina was Kevin Clifton, alleged to have programmed pirate software and operated an IKS server to support nFusion piracy products.

Predicting what a jury will do in a trial is never an easy thing to do as most any lawyer will tell you. One of the things attorneys do in trying to make a verdict prediction is look at what jurors have done with similar cases in the same region. For recent North Carolina verdicts see below:

Video Poker is on its way out of N.C. The N.C. House voted to ban Internet sweepstakes games yesterday. The Senate already approved the bill, and it is now headed to the governor’s desk where it is expected that Governor Bev Perdue will sign it. 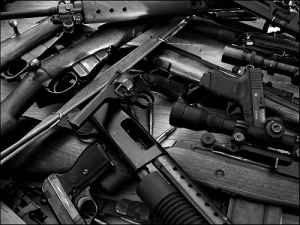 After a recent win in the U.S. Supreme Court, the SAF (Second Amendment Foundation) is continuing its fight against states that ban citizens from taking guns off of their own premises during a state of emergency.

Under N.C. Gen. Stat. 14-288.7, when a municipality declares a state of emergency in which “public-safety authorities are unable to … afford adequate protection for lives or property it is unlawful for any person to transport or possess off his own premises any dangerous weapon.”

This statute was put to the test in King, N.C., which experienced a snow emergency in February of this year. Many people were surprised to learn that when the local government declares a state of emergency, the N.C. state law automatically goes into effect, which includes the ban on guns.

The SAF filed suit in the U.S. District Court for the Eastern District of North Carolina. The complaint alleges that the ban on guns is unconstitutional.

According to a recent study by John Hopkins, graduated driver’s licensing programs reduce fatal crashes by 11% among 16-year-old drivers. All states except North Dakota have some form of graduated licensing requirements.